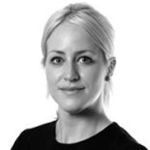 Abi is originally from Surrey, she trained and worked as a professional dancer for 10 years travelling around the world. Through this, she developed a passion for the body and how to fix and maintain it. Abi also works at The Urdang Academy in Angel (professional dance college) and is a dancer on tour with the tribute show “Michael Jackson live in Concert”

Abi trained at the London School of Sport and Remedial Massage

Physical exercise of any kind intrigues Abi. She practises yoga and bikram yoga, goes to the gym and attends classes as much as possible. She also enjoys reading, watching films, walks and meals out.

Schedule at the Clinic

Initially I went to Abi for massage because of stiffness in my neck – which made driving and looking behind me very difficult. After two sessions I had almost complete flexibility again and no longer feel pain when I move my neck. Subsequently she has worked on a similar problem with one of my arms – due, apparently, to repetitive use and carrying items too heavy.

Once again, I am feeling the benefit after a couple of sessions and have no doubt that this will continue to improve. I am very impressed with her firm yet gentle method of massage and the way she is able to pinpoint whatever work needs to be done and I would highly recommend her to anyone.

Abi at the Massage Centre sorted out a fearsome neck pain that had stopped me working for several days. The first session of massage gave me almost 100 per cent relief for a full day and 80 per cent reduction for the rest of the week. The second session provided longer term relief, and after the third session a week later I had not only lost the pain in my neck but also found that a general stiffness in my back that had plagued me for ages had also disappeared. Recommended.

They have a real absolute interest in you as a client. Real professional outfit. 10/10. Abi had a really comprehensive knowledge of my issue, and the field in general, which gave me complete trust in the centre and what it can offer to me as an endurance runner.

Member of the following Association

“I first went to The Massage Centre to relieve a sports injury. As well as fixing that problem, I ended up in much better shape-especially in the back, neck and shoulders. I now go regularly every month or so. They are highly professional. Very friendly. Absolutely excellent.” – Andrew Jackson

We offer a free, no obligation phone consultation to find out if & how we can help you - contact us today: